You are here: Home / Dating / Facebook Dating Apps Are Here!!! 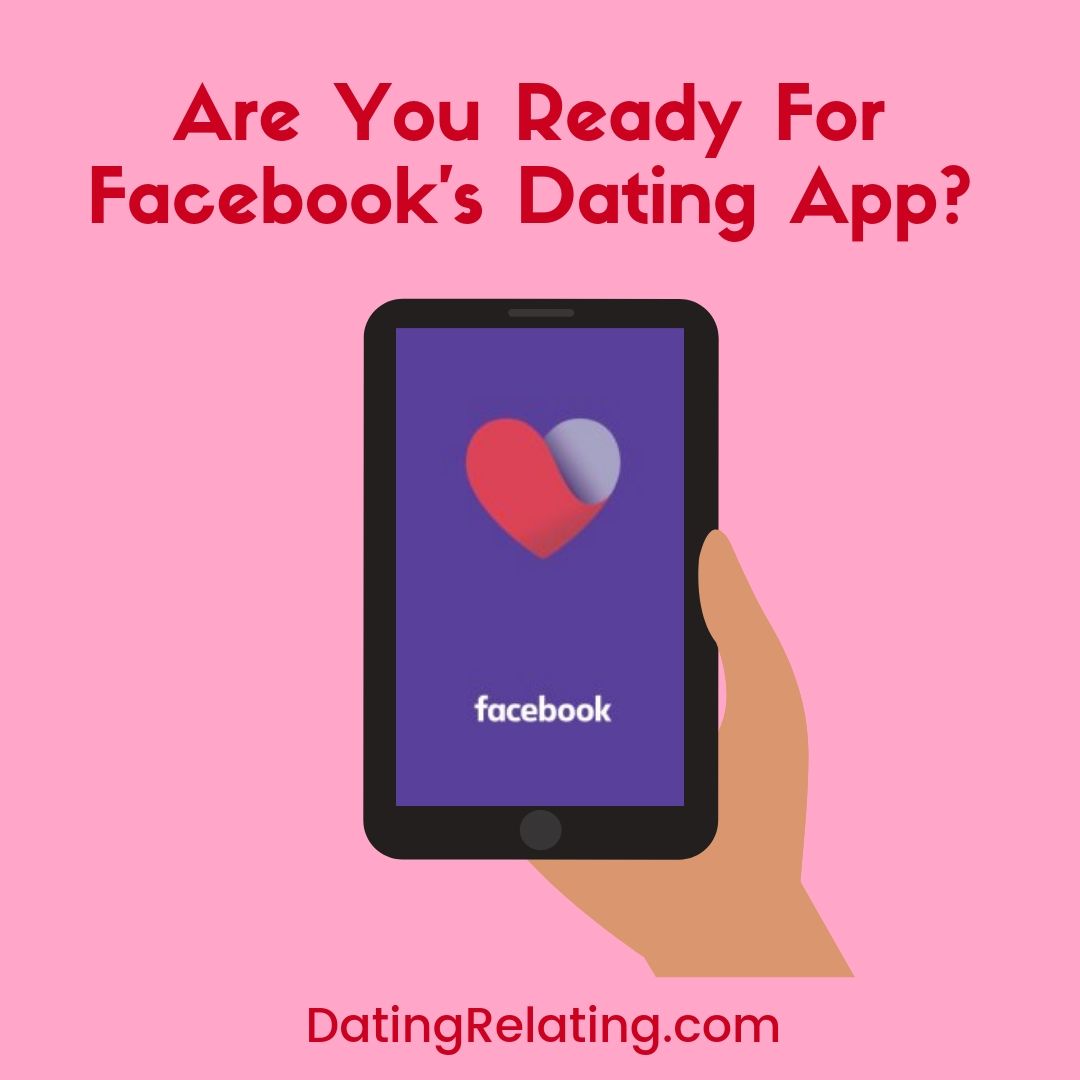 Have you heard about Facebook’s Dating Apps?? Last week (September 5, 2019) Facebook launched Facebook Dating, its new dating service, in the US. As the world’s largest social media platform, Facebook has more than 200 million people who list themselves as single. With an in-depth knowledge of users likes and habits, Facebook launched this Facebook Dating app to help daters start “meaningful relationships through things you have in common”.

Facebook has come under fire for how it manages user data, but I can also see the benefits of using the platform to find love. When I was single, and trying to use an online dating app like Tinder, I was repeatedly disappointed at how anonymity enabled people to choose and reject other humans as if they were ordering a pizza.

People on dating apps like Tinder can easily match and unmatch with no thought of the consequence to another’s feelings. There is a lack of humanity on dating apps that I found unsettling. If you knew that you’d never meet in person, it was easy to forget that there was a real person with feelings on the other side of the photo. This ease of dating anonymously online led to the trend of “ghosting”, when a person suddenly stops responding to you.

The Dark Side of Dating Apps

As a moderator of a Facebook dating group with over 5,000 single women, I see the darker side of these dating apps. The women in the group are often frustrated by receiving dick pics from guys they aren’t interested in, and being “ghosted” by men who they were interested in. This dating behavior also gave rise to the term “fuckboy”, a guy who just wanted to “hook up”, and nothing else.

The anonymity factor also enables “catfishing”, in which a person on a dating app appears to be someone that they are not. Remember the internet cartoon, “On the internet, no one knows you’re a dog”?  On dating apps, many married men are posing as if they are single. And there are also scammers taking advantage of lonely women online, telling sob stories in order to bilk them out of thousands of dollars, and then disappear.

So the immediate upside of a Facebook dating app, in my opinion, is that the anonymity factor is gone. When you understand that the person on the other side of the smartphone is an actual living and breathing human being – and one with whom you have mutual friends in common – there is accountability. Not to mention that manners and courtesy can make a comeback to the dating world.

Another benefit of using Facebook dating apps is that your common interests bear as much weight as your photo. People size up others online in about 3 seconds. Talk about judging a book by its cover! When you’re using more than looks to judge a prospective partner, you have a much better chance in finding love, and not just an occasional hookup. Facebook hopes that using their service would provide “a more authentic look at who someone is”, by allowing users to integrate the interests, groups, events and photos linked to their Facebook profile.

One of the other advantages of a Facebook dating app is that it makes online dating more democratic. In other words, a Facebook dating app can level the playing field for people don’t fit into traditional categories used by other dating apps. For example, people who are over 50 years old or physically challenged find dating apps like Tinder, Grindr, or Plenty of Fish extremely limiting when it comes to finding true love online. If you are already being yourself on Facebook, I expect that it will be a lot easier to find someone who gets you.

Facebook Dating, which was first launched in Colombia last year, asks users to create a separate dating profile, although the feature sits within the classic Facebook phone app. Users choose which photos and personal details from their Facebook profile to include, though their first name and age are mandatory and unchangeable. This kind of transparency is a protection that I can get behind.

Daters may also add individual Facebook groups and events to their profiles, allowing them to see other singles — who have done the same and who match their partner preferences — with the same plans.

Interestingly enough, your Friends are never suggested as potential matches. However, the app includes a Secret Crush feature that allows users to select up to nine people from among their Facebook friends, who will then receive a notification — if they have opted in to Facebook Dating — that an unnamed friend is interested in them. If one of the chosen people adds the original friend to their own list, both receive a notification.

Since the Cambridge Analytica data scandal, it remains to be seen how many people will give Facebook dating apps access to their dating life, but I can see the benefits of using Facebook to finding love.

I know of at least a couple of stories of couples whose romance blossomed on Facebook. I was also reminded by my now FIANCE of how Facebook was the reason we are together now. We met at a concert where our mutual friends were playing. I was there to see my crush perform, and he was on a date with someone else. Before the show, a large group of us had dinner together at a Mexican restaurant, and made introductions. Because I’m short, he took a few pics of the concert with my camera, and that was it. The next day I friended a few people that I met that night, including him and his date, and life moved on.

Over time, I got to know him a little better from his Facebook posts.. Because we were both seeing other people, I only had an “ambient awareness” of who he was. He was a fellow musician who loved dogs, and that was it. Because we had mutual friends, I would see him in town once in a while. He even came to one of my gigs because I sent him an invite. As a musician, I send gig invites to everyone in town, so this wasn’t anything out of the ordinary.

Fast forward to three years later, both of us found ourselves single at the same time, and began dating. I personally prefer to be friends with a guy before dating, as I’m less blinded by chemistry. I’d say that Facebook helped on that front because I felt like I knew him enough to feel safe with him.

He told a friend recently, “Carla and I met at a gig, and friended each other the next day. Over the next couple of years, I never saw Carla in person, but her posts and photos were so cool. We’d comment on each other’s stuff. Eventually I asked her to sing backup at a CD release concert I did. Then I asked her to co-write. NEVER in my wildest dreams did I imagine she and I would be planning a wedding, making music together and sharing a home. I can’t help but think though, that without Facebook, she would just have been this cool chick I met one night and never saw again. Kinda blows my mind.”

Whether Facebook users are willing to give the platform access to intimate details about their dating life, however, remains to be seen. Since the Cambridge Analytica data scandal, the company has faced a barrage of criticism relating to user privacy and how the personal data it collects is used.

The company said on Thursday that “safety, security and privacy are at the forefront of this product”, and that data collected from Dating would be kept separate from other Facebook information. Dating data would not be shared with marketers, advertisers or other internal Facebook teams, the company added.

Facebook said Dating, which is now active in 20 countries, including the US, would be available in Europe by early 2020.

The Love Reset is also available as an eBook on Amazon!